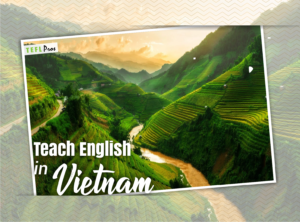 With an estimated population of over 97 million, there is ample opportunity to teach English in Vietnam. The cost of living shouldn’t bring many headaches; your primary concern will be narrowing down where to settle. Weather-wise, consider whether you prefer somewhere with four distinct seasons, in the north, or where it’s hot and sunny all year round, in the south. English teacher roles in some Vietnamese schools will be offered on the condition that you have an accredited qualification; while some simply require that you are a native speaker.

Ho Chi Minh City, the bustling southern metropolis formerly known as Saigon, offers plenty of work teaching English due to its population alone. Its ongoing post-war resurgence also encourages this need for workers; and HCMC pays well. Despite being the country’s economic center, the cost of living is low. If you’re excited by a surreal, dynamic contradiction of old and new, you’ll never be short of activity. Historic buildings, which saw the city ravaged by war, exist alongside luxury shopping centers and hotels, with the city’s bucket list crammed with diverse attractions. Take your pick from theme parks, temples, spas, opera houses, zoos, botanical gardens, museums and even a replica of the Notre Dame Cathedral.

Vietnam’s capital and second-largest city is a famed destination for teaching English abroad. With a strong ex-pat community and party-town status, making new friends couldn’t be easier. Hanoi may be infamous for its buzzing energy characterized by the constant blaring of scooter horns, but solace is easily found in its various lakes and green spaces. There is still plenty for the budding sightseer in the shape of museums, galleries, and other attractions. The locals are generally known to be more relaxed than their southern counterparts, so amble around the Old Quarter to browse local wares and enjoy authentic eats at your leisure.

To teach English in Da Nang, many schools are looking specifically for native speakers with experience and qualifications; but this major coastal city rewards you with the best of everything. Enjoy downtime on Da Nang’s picturesque white-sand beaches, or travel to nearby colonial town Hoi An, the My Son ruins or the Bach Ma National Park. Due to its central location, Da Nang also has the perfect blend of weather from the north and south, meaning you won’t have to endure any long cold winters, nor a hot and wet summer season. The perfect environment to teach English, as you can maintain longer placements without seeking alternative climates.

On the banks of the central Perfume River, you’ll find UNESCO World Heritage Site Hue. This lesser-populated but important city was formerly the seat of the Chinese military authority, later under the rule of the Nguyen Dynasty. If you’d like to maintain a gentler way of life while teaching English, Hue is a popular choice. Languish on Thuan An or Lang Co beach, bask in hot springs at Phong Dien or unwind on a boat trip offered by many operators. Embrace the remnants of Hue’s illustrious past by cycling around the glorious Hue Citadel complex.

The main port town of northern Vietnam brings much commerce and industry, making it a logical choice for landing a job teaching English. Yet there is much beauty to The City of Flame Flowers, such as the French colonial-era landmarks and Buddhist temple Du Hang Pagoda. The Hai Phong museum offers the chance to further educate yourself about the area’s fascinating past. Though Haiphong doesn’t offer the dizzying nightlife of its larger counterparts, it does have an emerging live music scene for after-hours entertainment.

Try it for FREE! 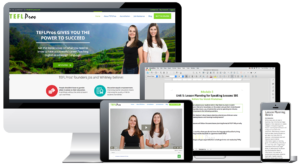